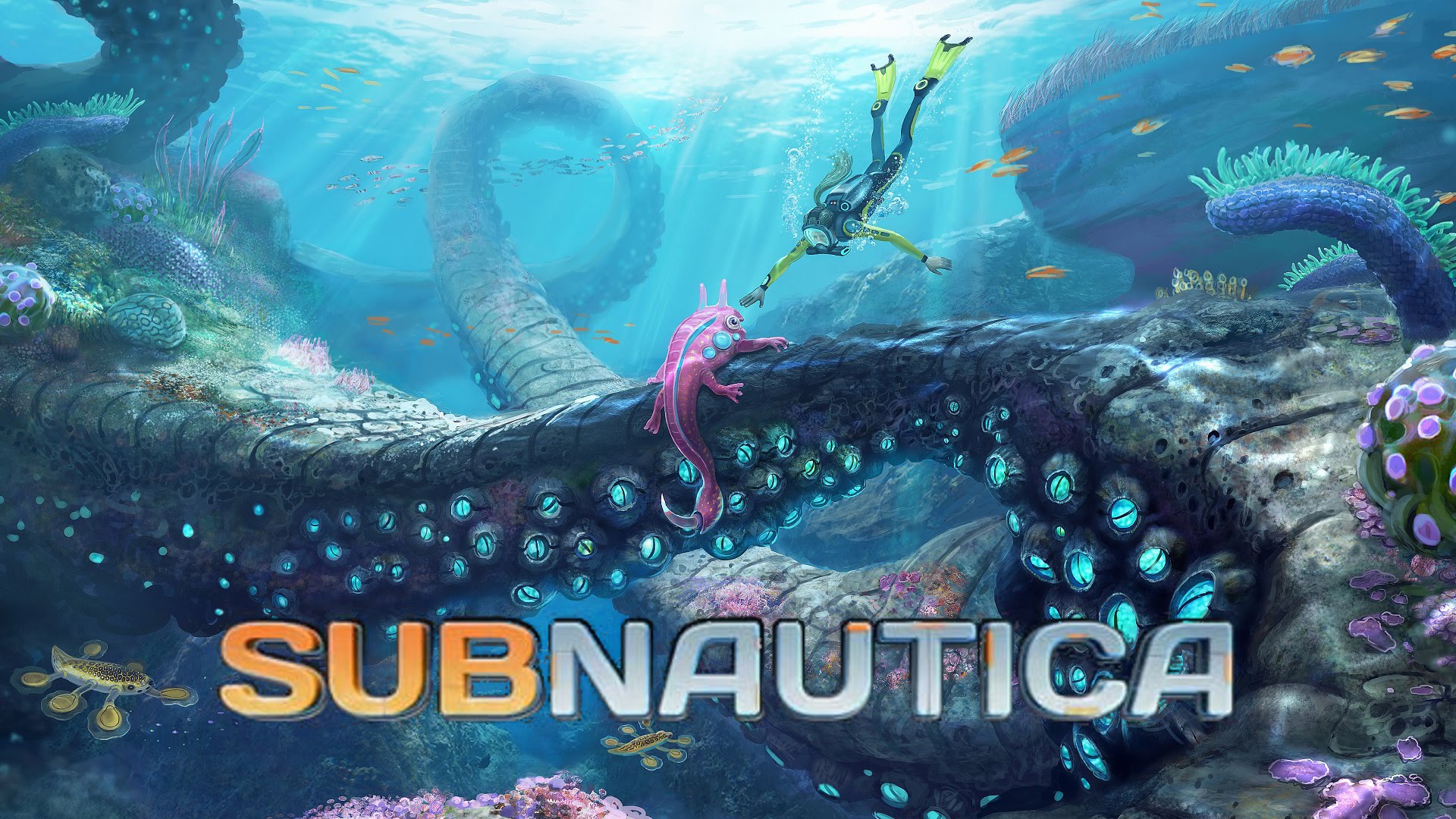 Hey, welcome to my page that's all about the survival game, almost completely based underwater, Subnautica. I will be reviewing many aspects of the game like what I enjoyed and didn't enjoy, the different creature, fragment locations, etc. If you would like to contact me, please email me and I will respond ASAP. 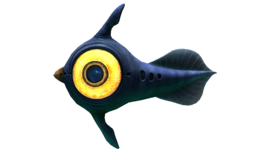 The Peeper is one of the first creatures you encounter in the Shallows and is easily the most iconic. You can use it for food, but there is another use where you can feed it to a Reaper and that Reaper will forever be your friend instead of trying to eat you. 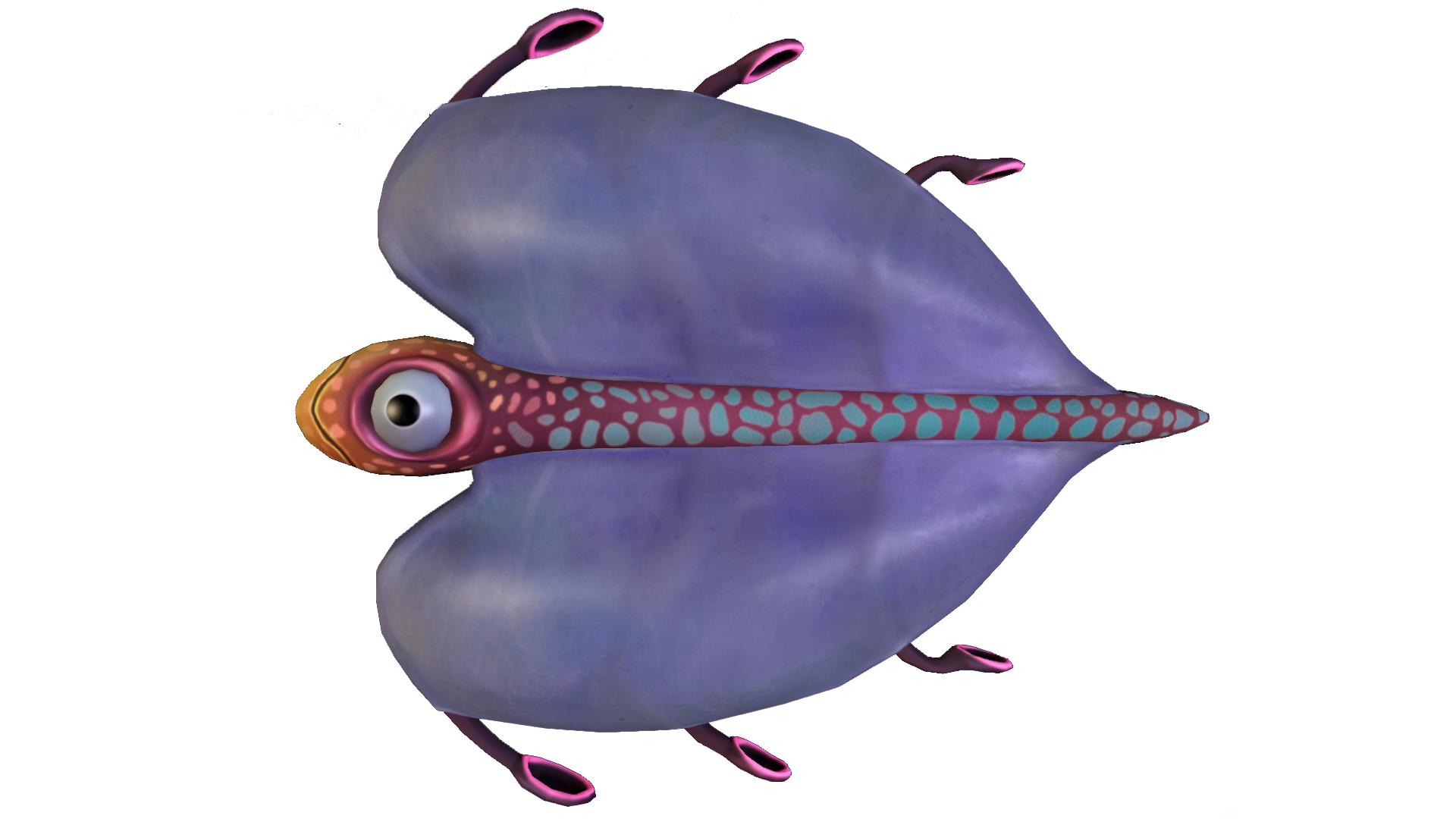 The Bladderfish is a great source of water, but can also be used to create an Air Bladder which can get you above the surface fairly quickly. 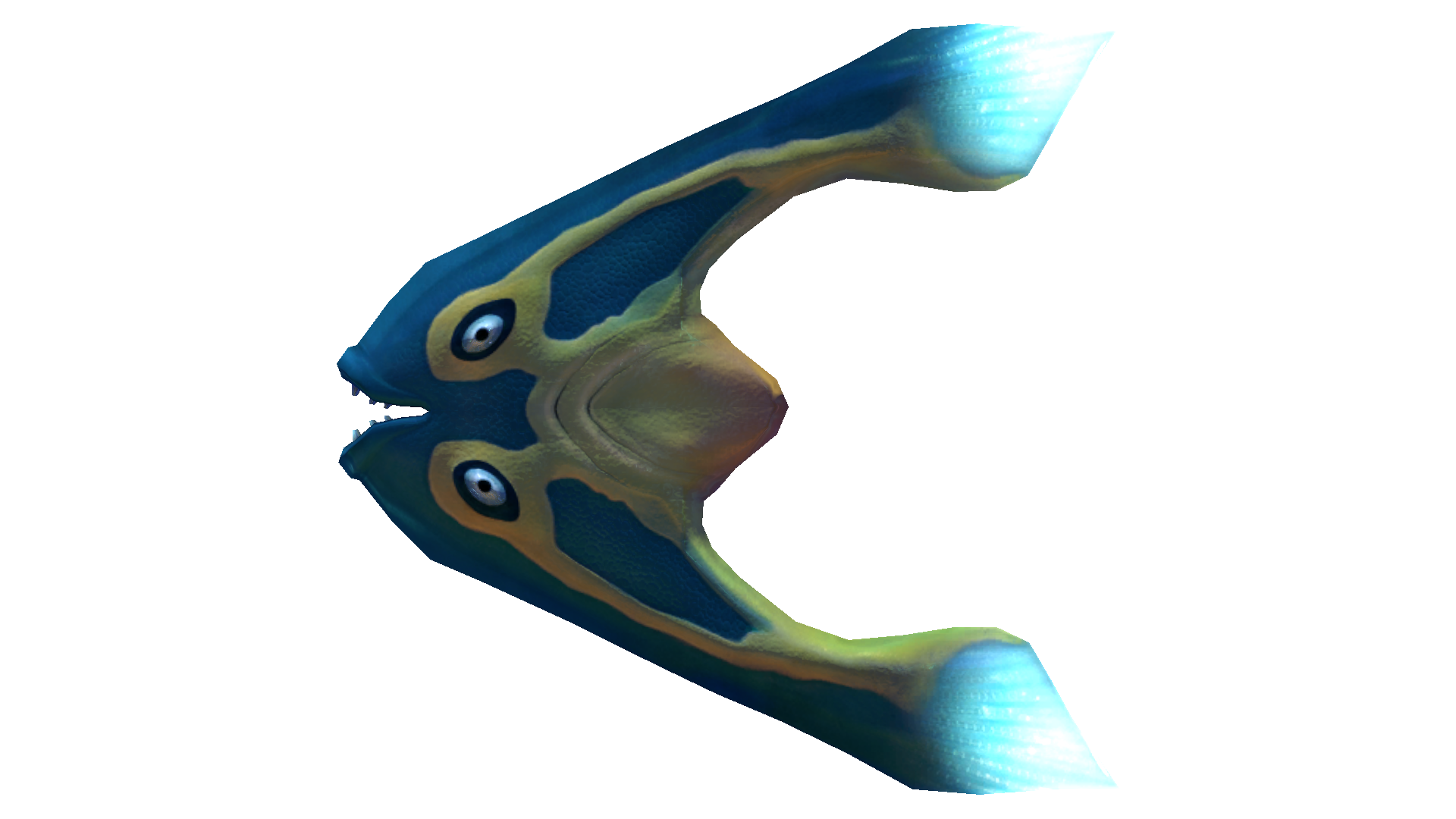 The Boomerang is good for food but make sure to only cook it and not cure it because you get the same health value and less water. 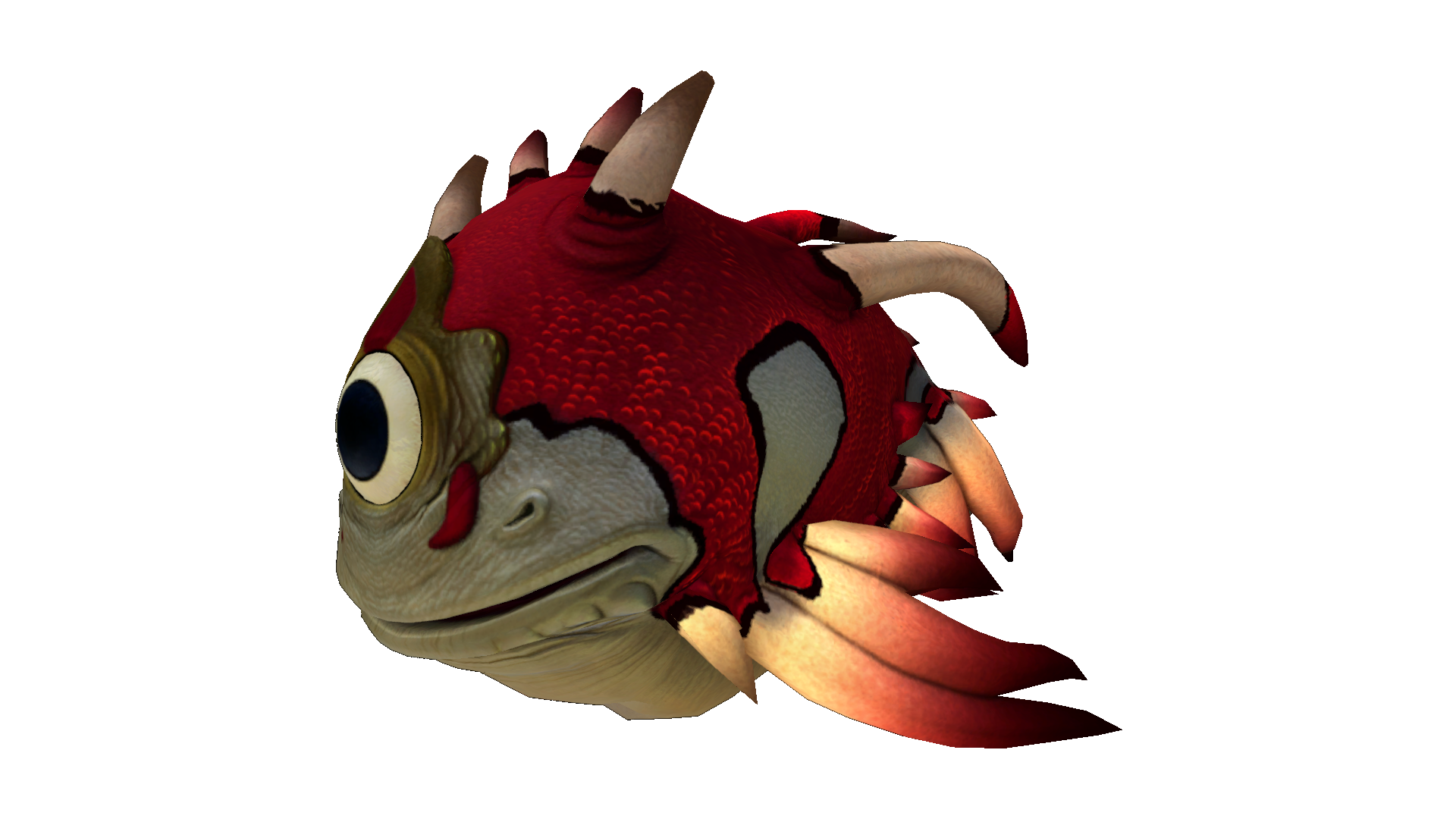 The Crashfish may not look like it does much, but it is one of the most SCARY creatures in all of Subnautica. It pops out of its little shell that is camoflauged and comes racing after you. All you can do to not get hurt is try to swim away as fast as possible. But the Crashfish's shell supplies you with cave sulfur which can be useful at times. 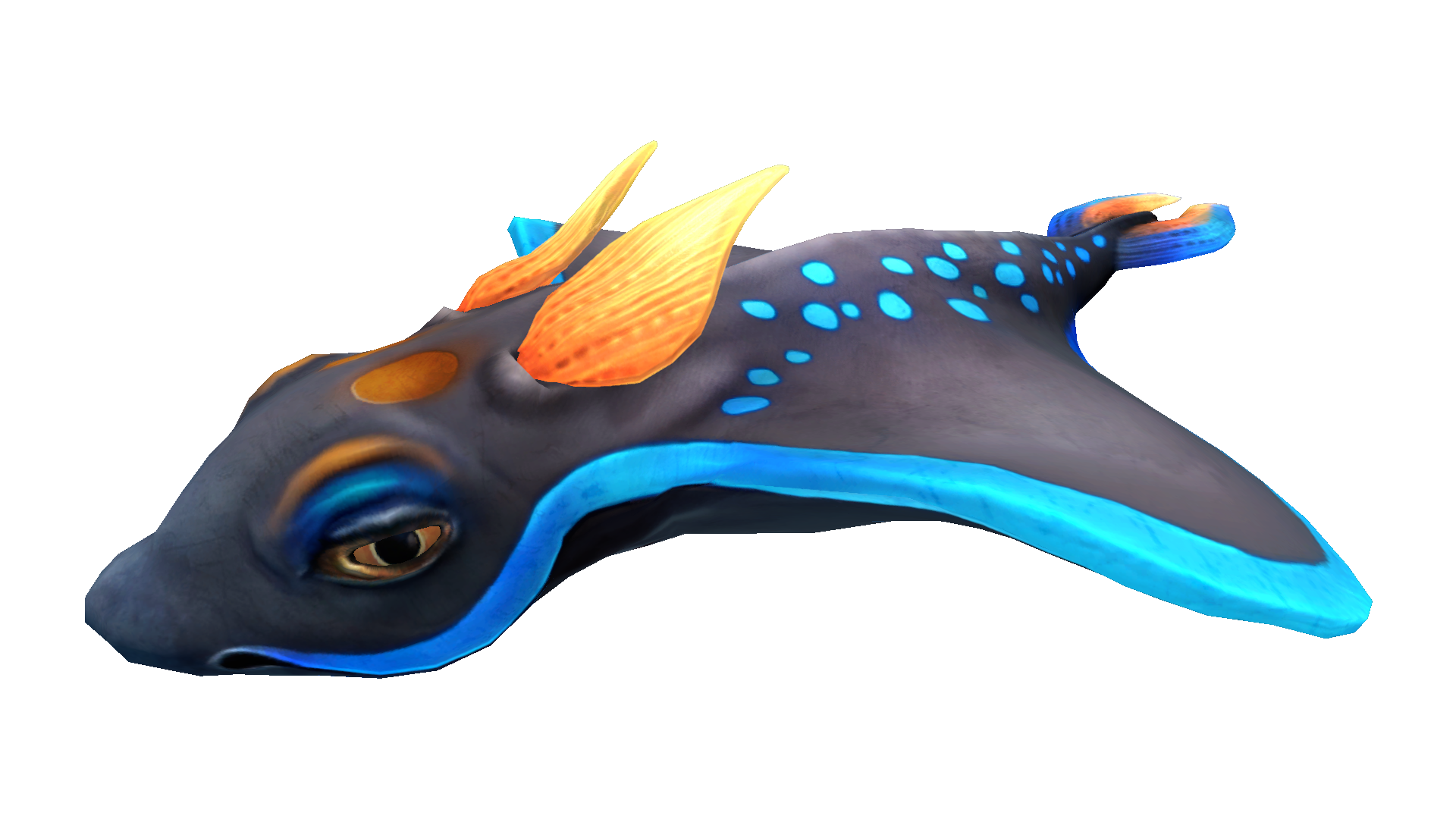 The Rabbit Ray is similar to the Peeper in that it is one of the first creatures you see in the Shallows but is different from the Peeper in the way that it literally serves NO purpose at all. 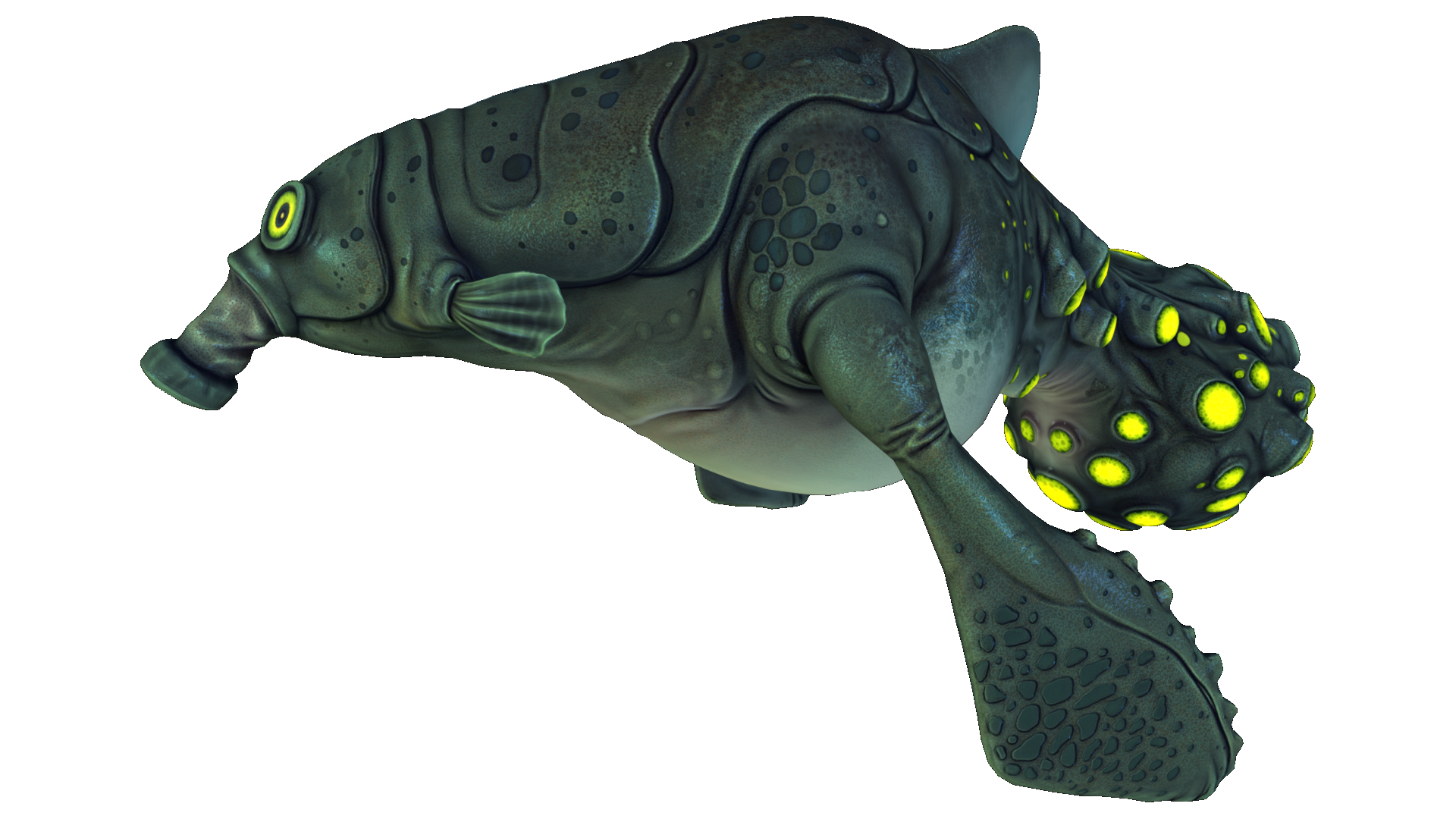 At first the Gasopod scared the hell out of me, but then I learned that there are some creatures that are 100x scarier. You do indeed get harmed by them when they release their gas pods, but if you collect a gaspod before it explodes, you can make a handy torpedo out of it. 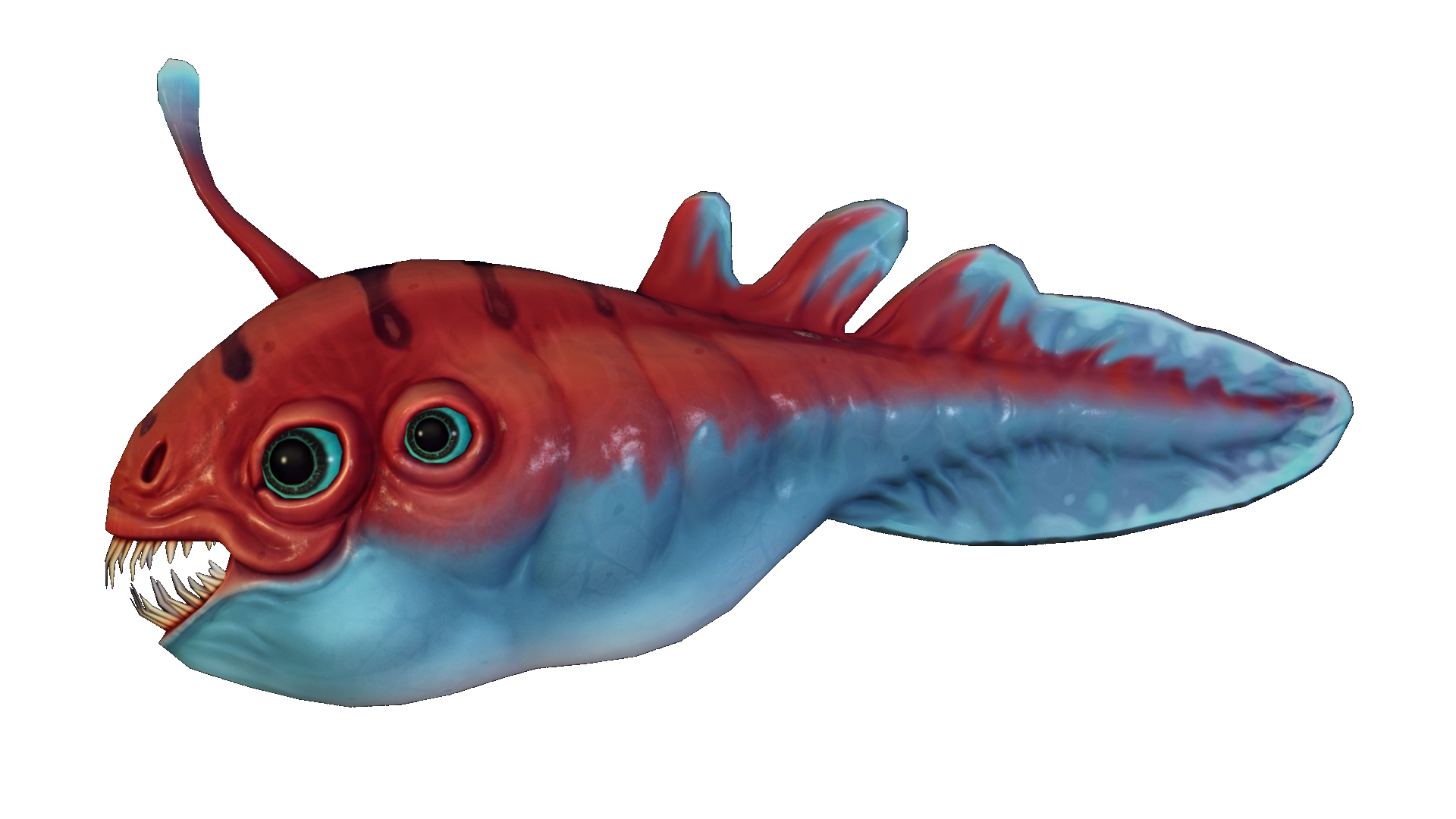 The Biter is a very tadpole-like creature, and lives mainly is the Grassy Plateaus, but is hostile and does 7 damage to the player per bite. The Biter is incredibly territorial and will attack the player as soon as you get even a little close to it. 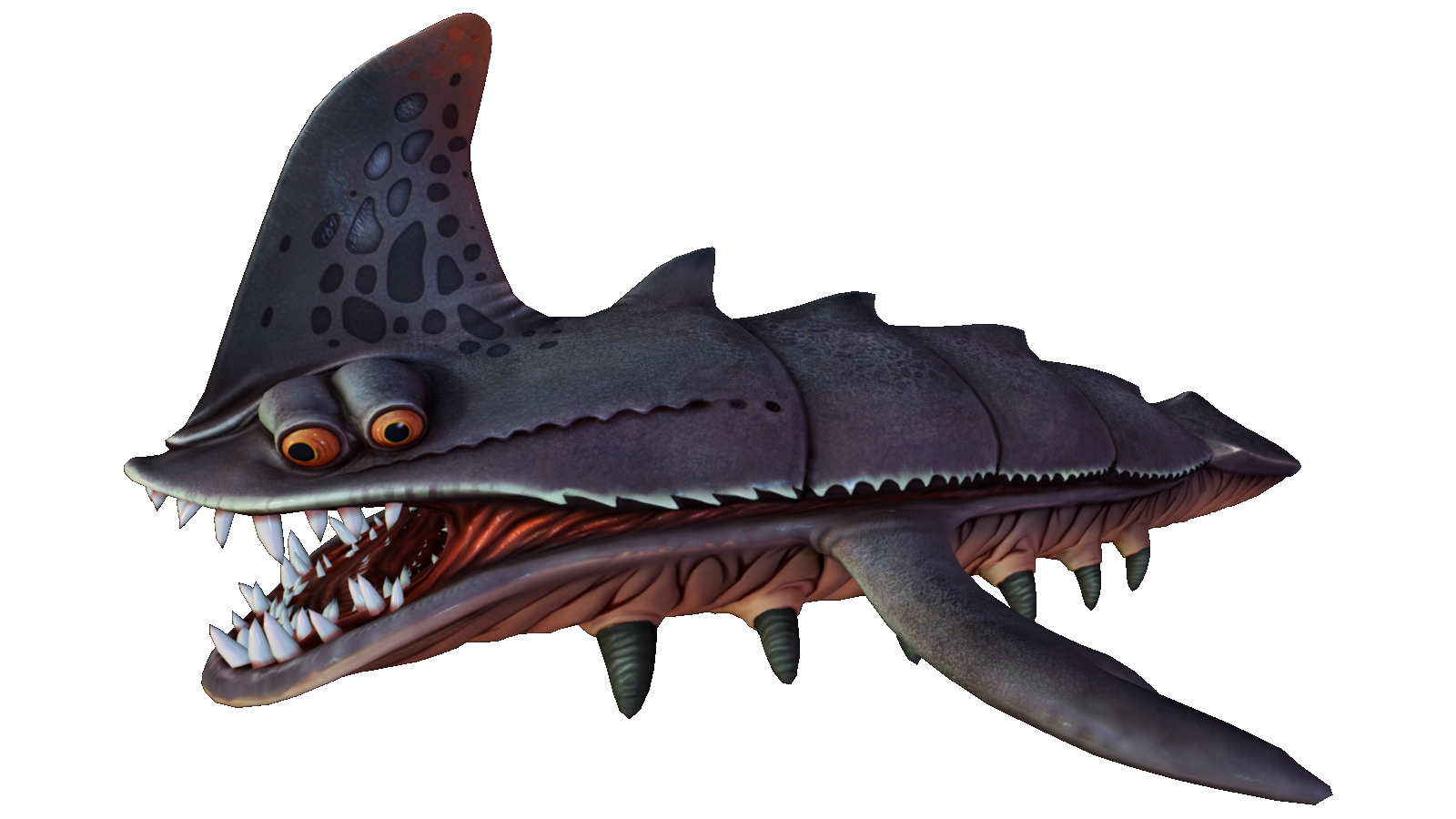 The Sand Shark is no doubt the SCARIEST creature in the whole game simply because of how sneaky they can be. I was once getting titanium in the Grassy Plateaus and a Sand Shark snuck up behind me and scared the living hell out of me. Then I decided to stop playing for the rest of the day. 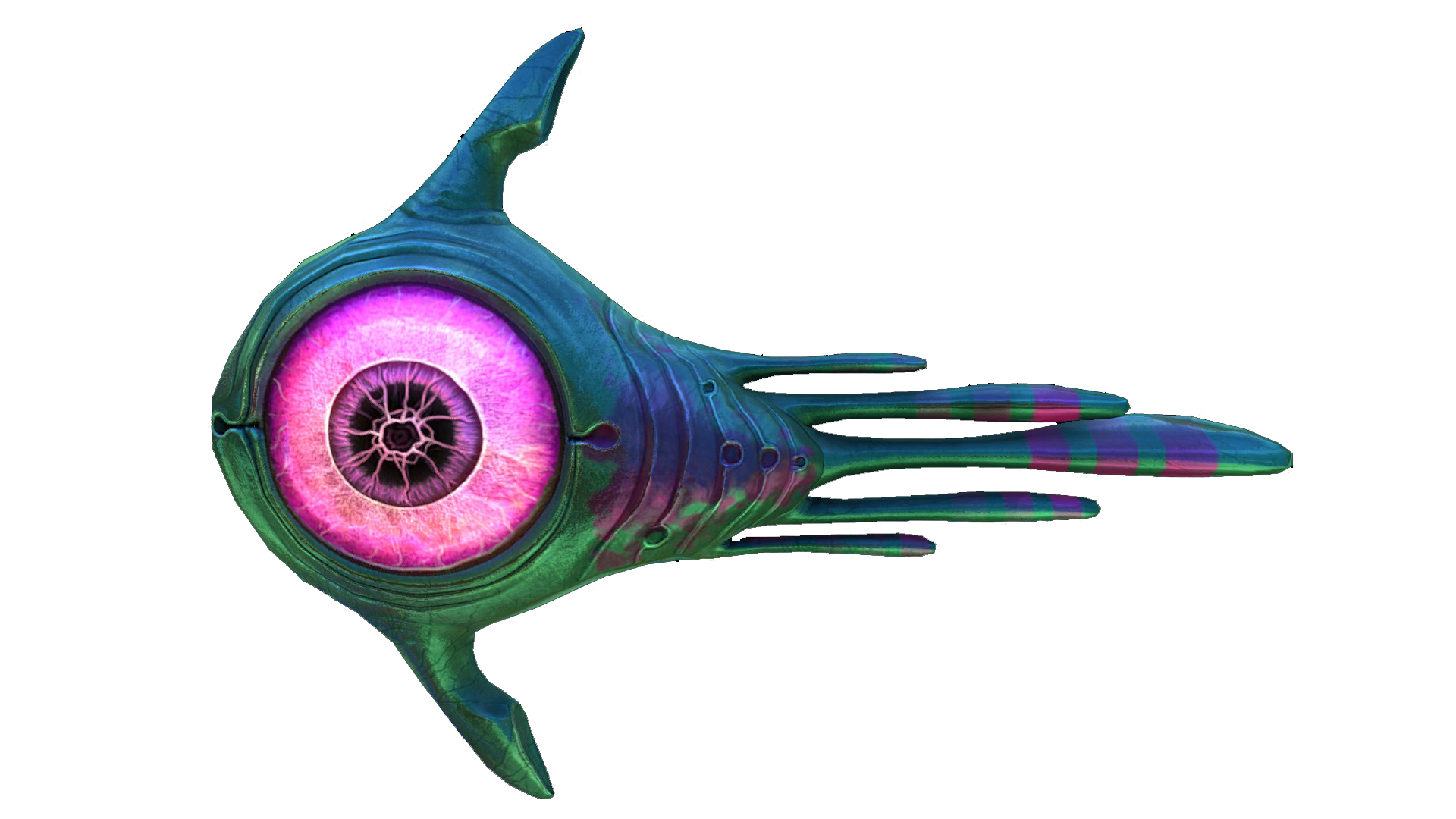 The Oculus can be found in the Jellyshroom Caves and is a descendant of the Peeper, as you can tell. The Oculus is also a very good source of food and water compared to your other options. 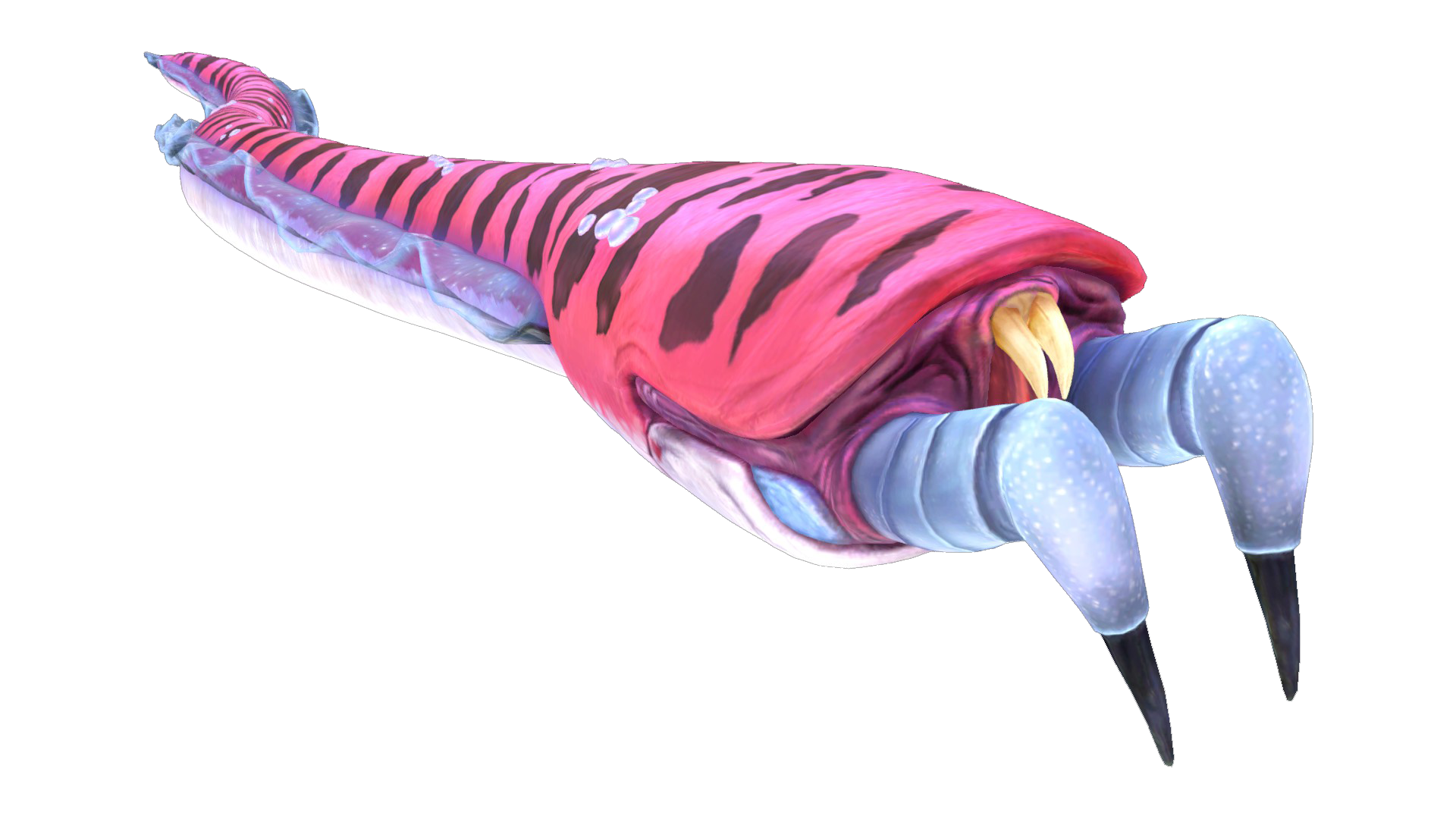 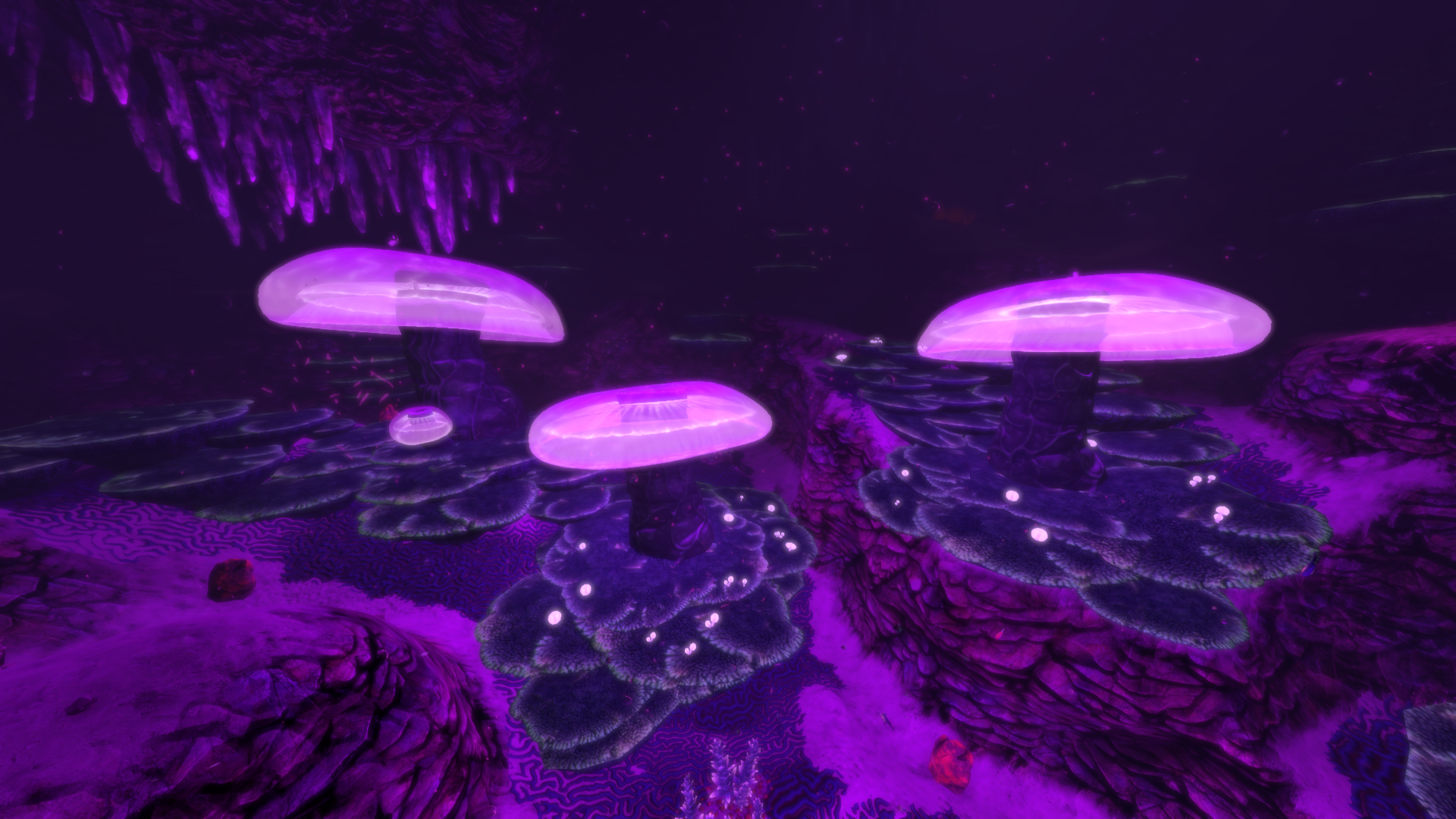 Crabsnakes are the main creatures that live in the Jellyshroom Caves and are easily the most hostile. They live in the actual Jellyshroom and if you pass by the shroom while they are inside, they will pop out and attack you. Though, this area can only be accessed with a Seamoth since the access areas are too tiny for any other vehicle to fit through. 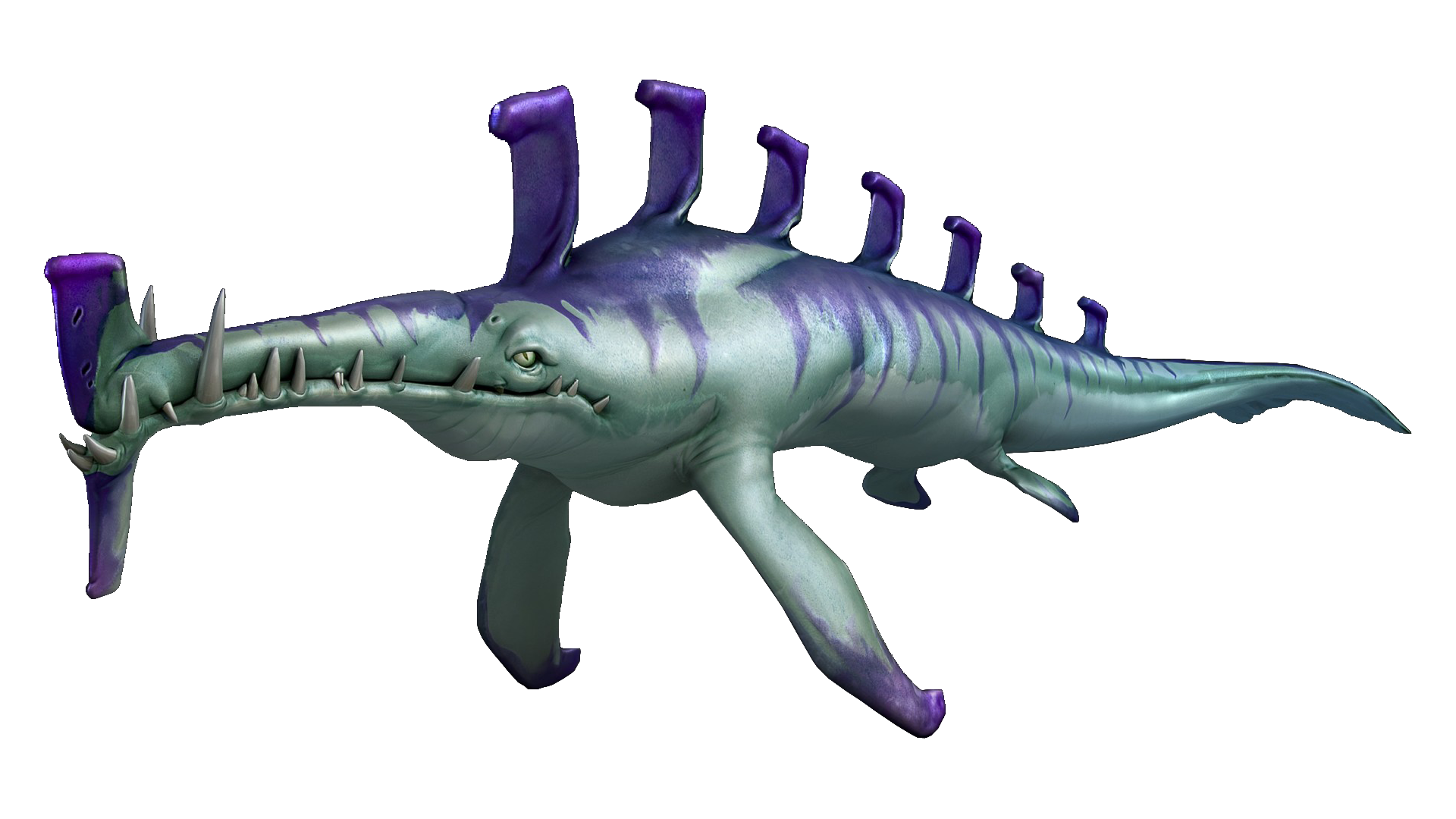 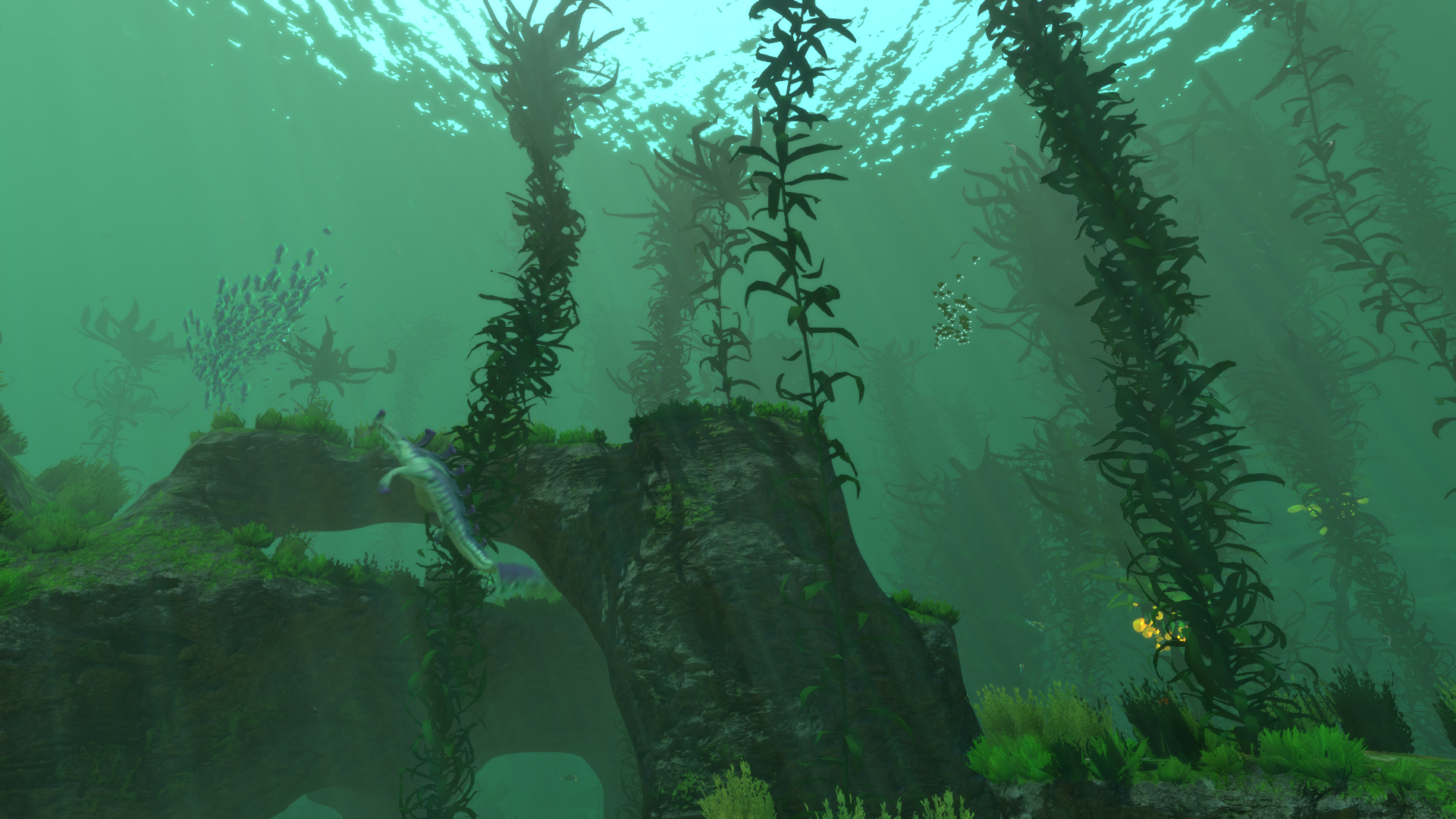 The Stalker is a very hostile creature, but if you know how to approach it, you can be friendly with it. It really enjoys metal salvage and chewing on it, so if you give it a piece it will be your friend for a short while and may even give you one of its teeth that can be used to make enameled glass. 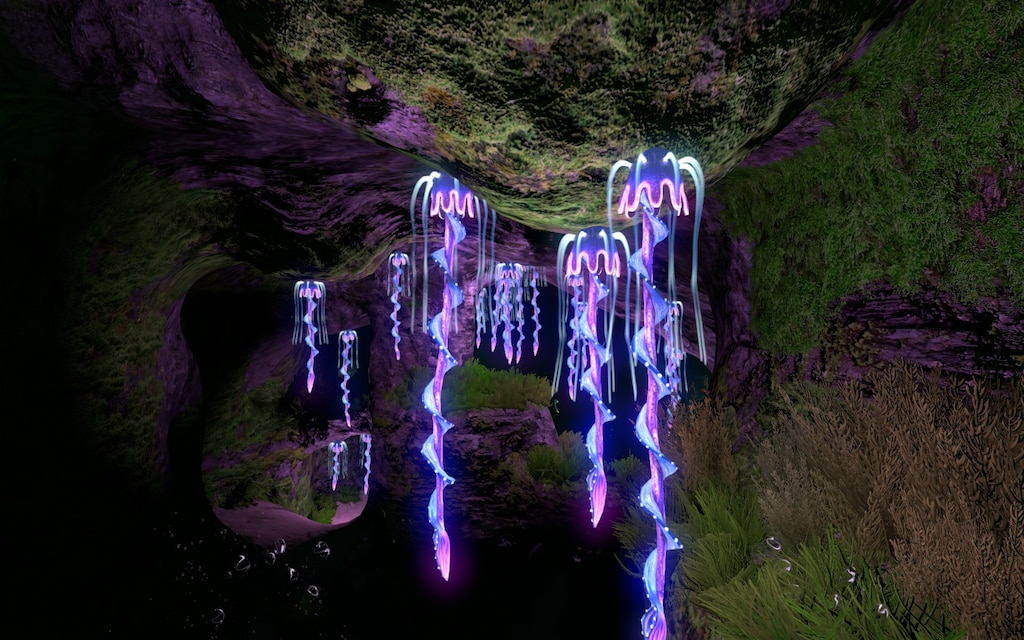 The Drooping Stinger is immobile, but if touched it can very easily kill you by stinging your skin. I had an experience with obtaining the ultra capacity airtank and the Drooping Stingers were guarding it, and that section alone took me 2 hours because of how sensitive they are. 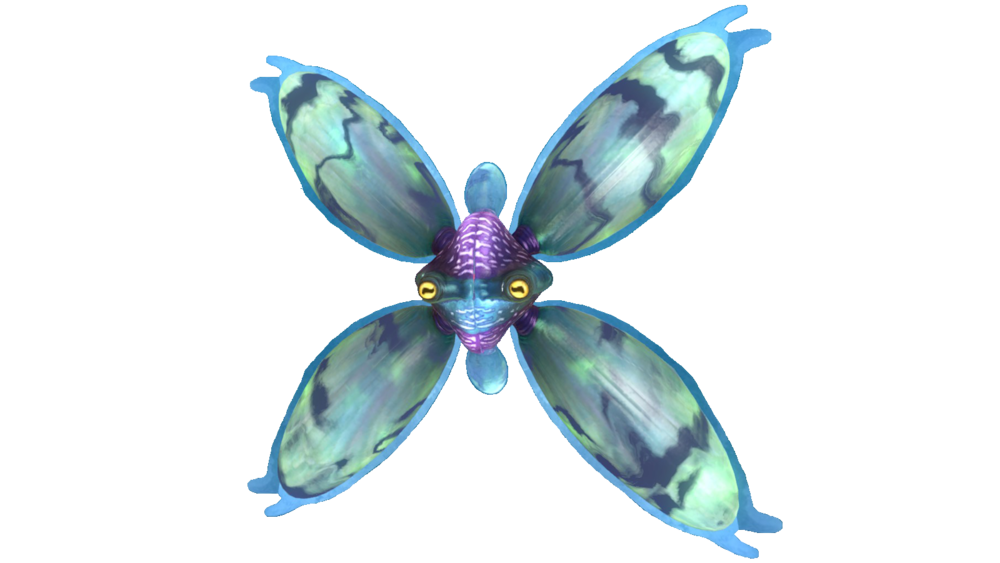 The Mesmer is very hostile but not very big, so it lures you in with it's hypnotic fins, and once you get close enough it bites you with its large jaws. I really like this thing because when it tries to hypnotize you, your PDA lady is the one telling you to move closer towards it and its really quite scary 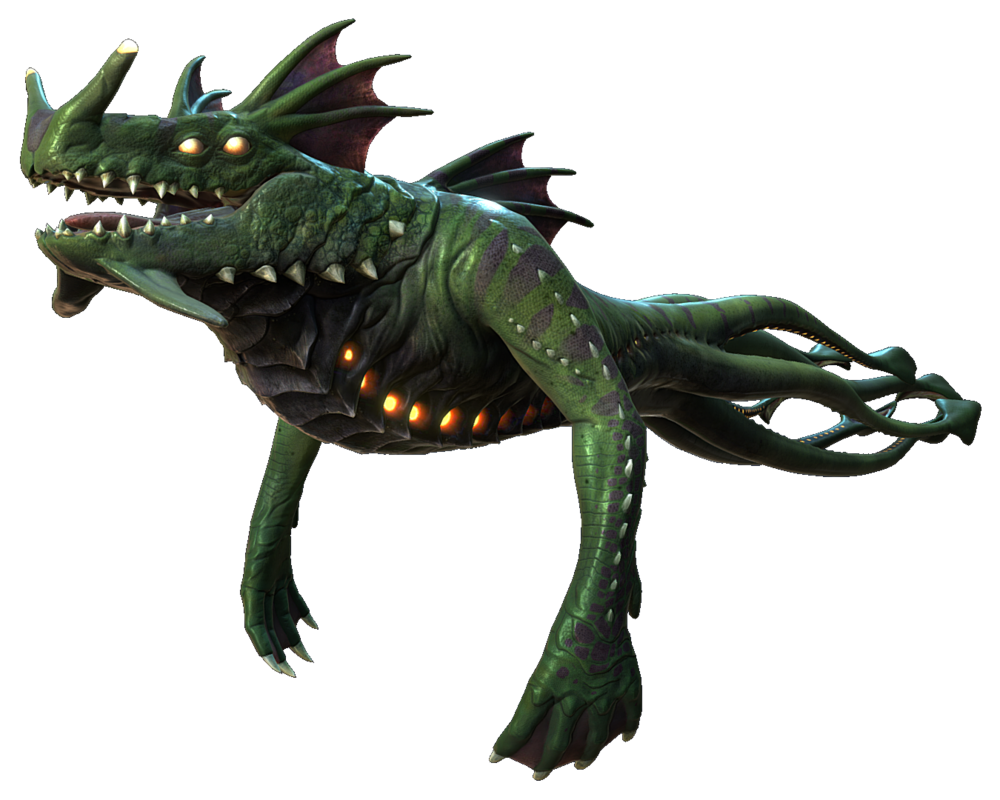 The Sea Dragon is similar in size to the Sea Emperor but is WAY more dangerous. It is found deep down in the lava lakes and inactive lava zones which it uses to its advantage by throwing your prawn suit around and into the lava. It instantly kills you when it bites you, so make sure to stay out of its way, and when it attacks, run. 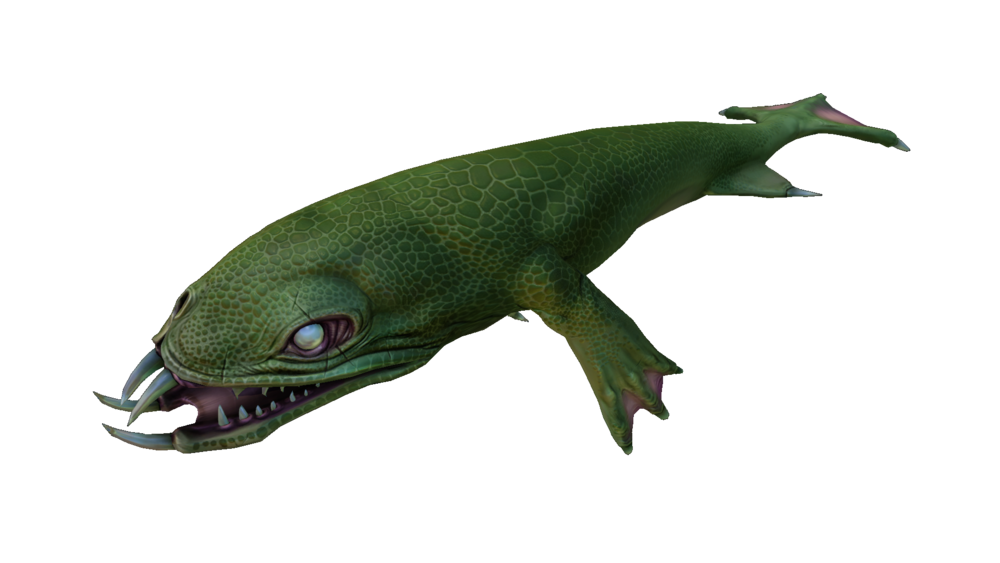 Lava lizard are seriously the most annoying creatures I have ever come across in Subnautica. They serve no purpose except to try and eat you while you try and get kyanite which is already super hard to get. 2/100 i hate this thing with a passion. 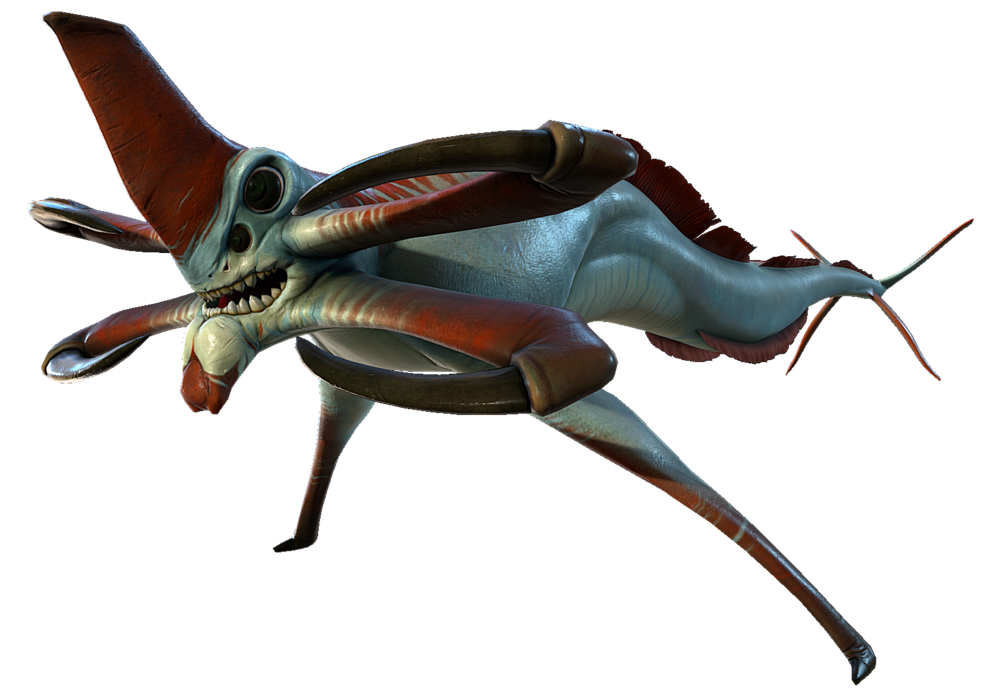 The Reaper Leviathen is completely blind, but screams at and incredibly loud level, in order to use their ability of echo-location. They will grab your ship with their four claws until they decide to let go, so make sure you stay away from these guys. One other fact is that the Ghost Leviathens drag them down into the lost river and eat them alive. 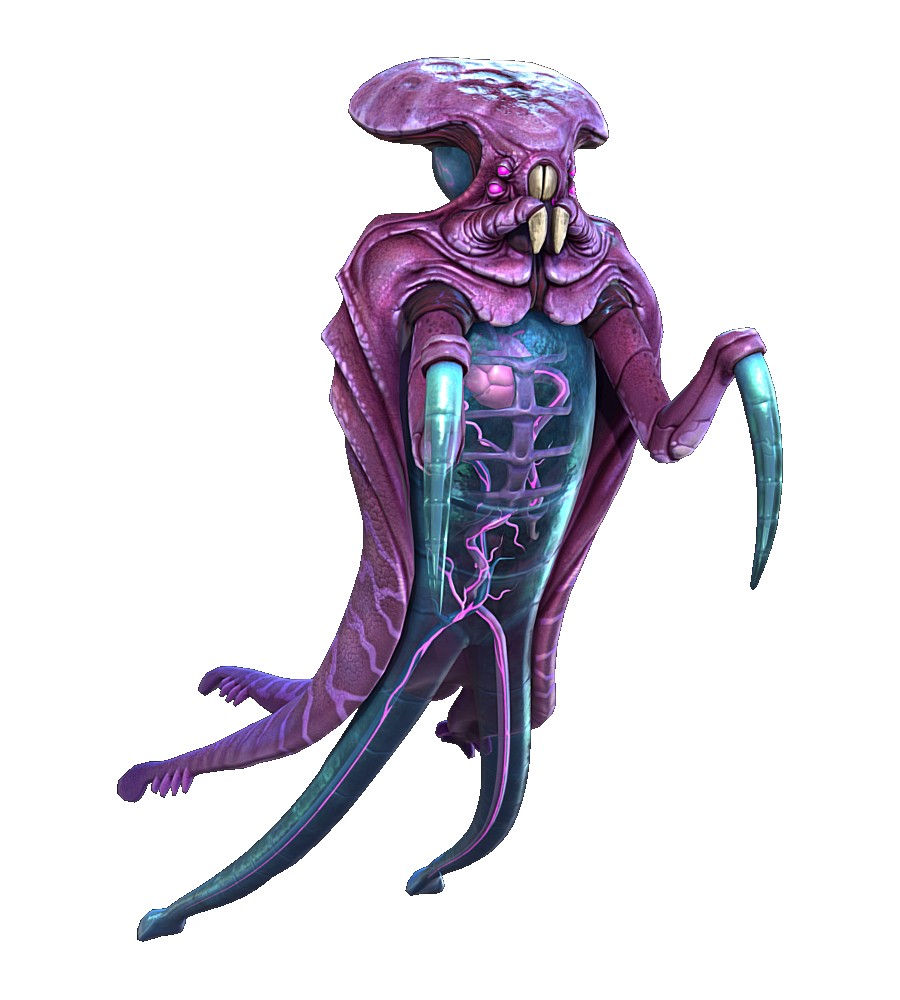 The warper was designed to hunt everyone that has the Kharaa as to prevent the virus spreading. They also have the ability to teleport at will wherever they want, except the shallows.