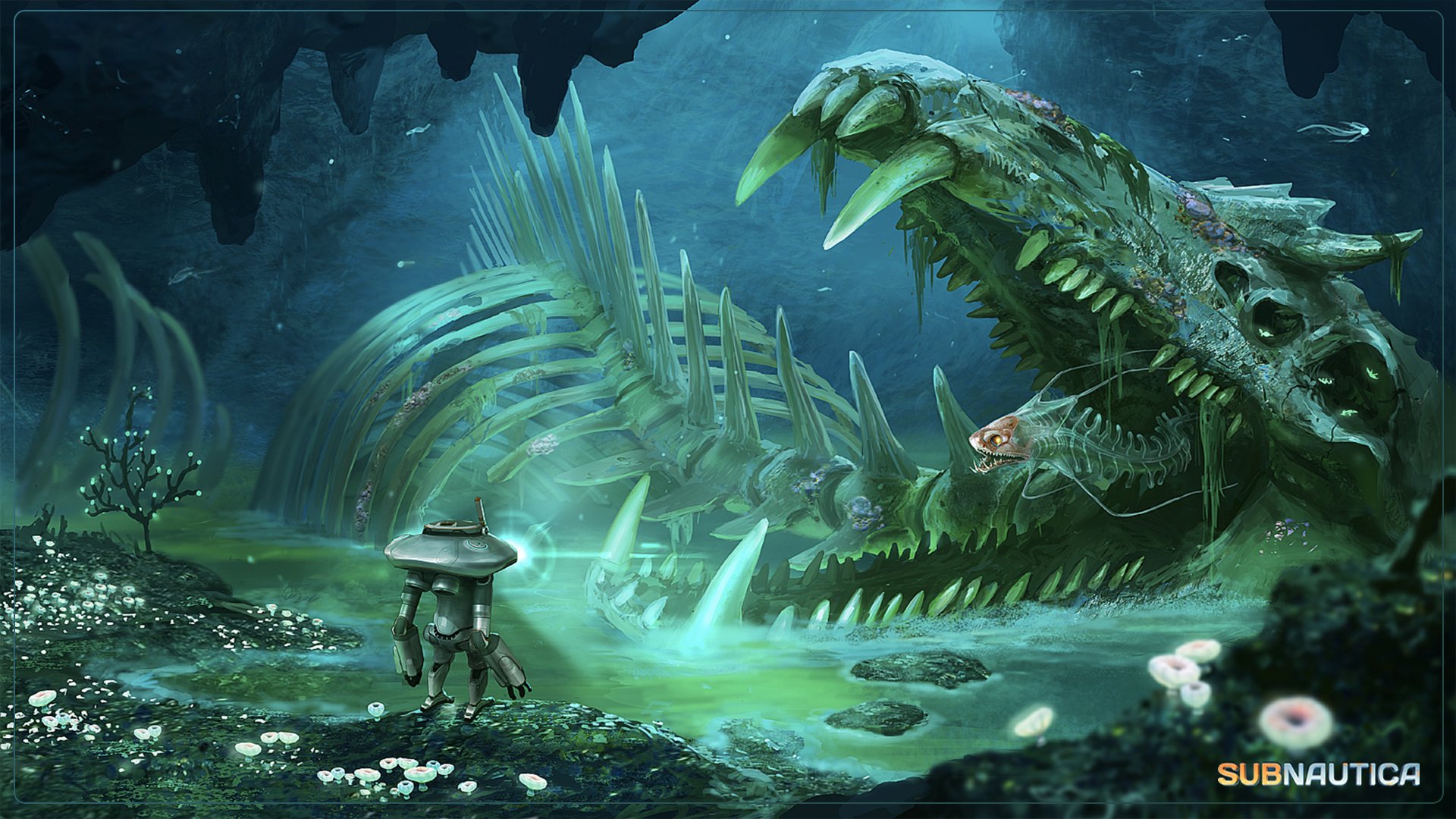 Subnautica As A Whole

Subnautica is probably one of my favorite games I have ever played, and that is simply because time after time I come back to play it. When you first walk out of your pod you take a look at the crashed and burning Aurora you feel a sense of terror but also excitement. The game really makes it so you feel like you are the character you're playing in the way that you learn how to complete tasks. At the beginning there is a very big learning gap where you get a feel for how to collect items and how to craft certain tools. Also in the beginning you feel completely terrified of the creatures around you such as the Gasopod and the Rabbit Ray, but as you progress you learn those creatures are the least of your worries. I feel that Subnautica could not only be categorized as a survival game, but as well as a terror game. The reason I say terror instead of horror is because there is more angst and dread than actual jumpscares.

The game revolves completely around the soundtrack which makes you feel excited, nervous, or just overall scared to death. In the end there is a really awesome sounding song that makes you feel incredibly excited, and makes you realize how much work and effort you put in to complete the game, which indeed takes a long time to finish. I'll link the song right here. Something I also appreciate about the game, is that you never have nothing to do, you always have a task that you can complete, it just depends on if you feel up to it or not. On my first play through I found that a youtuber named Landis and he has really great guides on how to find fragments, blueprints, etc.

The plot in Subnautica is also very complex, and hard to summarize in one single sentence, but I will give it a shot anyway. You work for a company called the Alterra corporation and your whole job is to explore the universe. Your ship gets shot out of the sky by a large alien gun, and you are the only survivor. You have to get food, create a base, and figure a way off the plant called 4546B that is almost completely underwater. Early on in the game you also learn you have a virus that is incredibly contagious, so you have to get rid of the virus before you can leave the planet so you don't infect others.